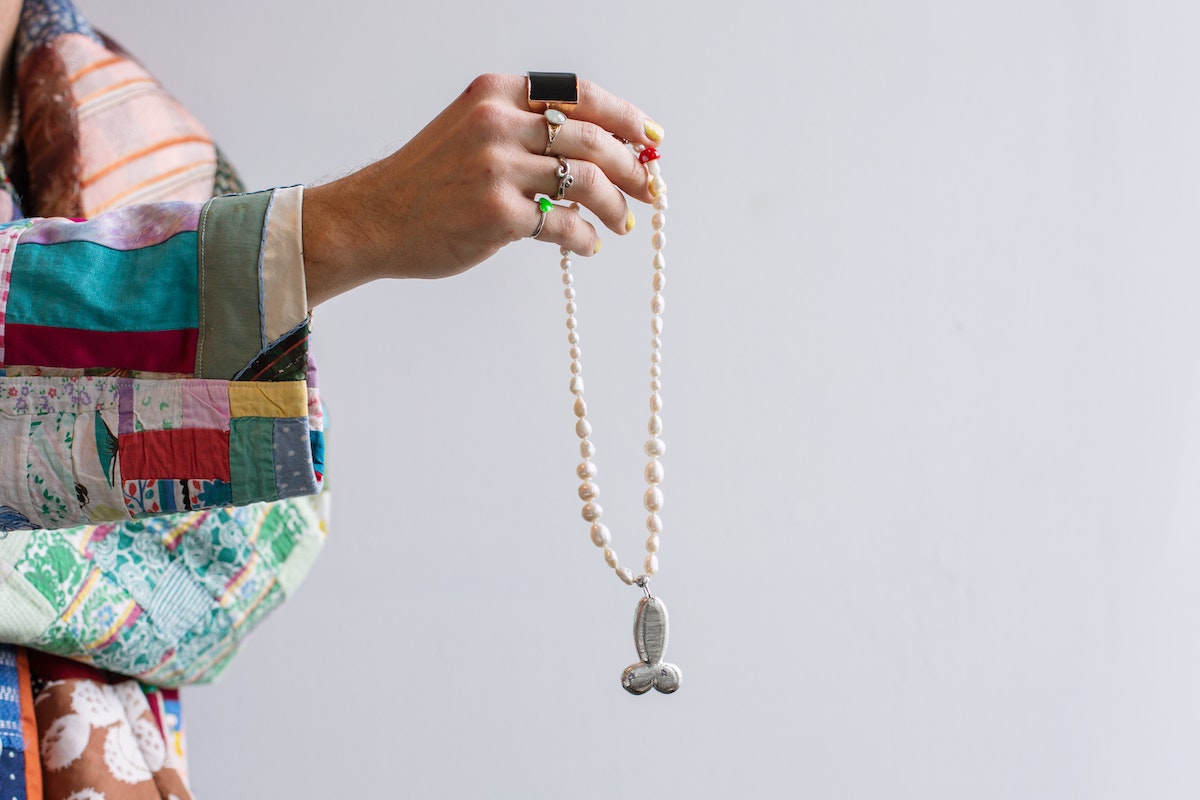 Keep your crown jewels where they can see them.

“Queer people, by necessity, have always formulated new affirming symbols and rites against mainstream culture. Having grown up in a staunchly Catholic home, I have long been fascinated by ritual. As such, this piece was inspired by the notion of jewellery as having a devotional function. The form was informed by traditional rosary beads, as well as the phallic charms and ornaments of ancient fertility cults. Pearl necklaces are also associated with sexuality and exuberance, and so this piece captures a sense of drama and high camp that evokes the Baroque period, and interestingly, the origin of the word ‘baroque’ itself is from Portuguese ‘barroco’ via French, originally meaning ‘a misshapen pearl’.”

All orders made from Tue 24 May—Sun 12 June will be shipped out after the festival. Shop in person or click and collect at the Box Office at Federation Square from Fri 27 May—Sun 19 June.